Bangalore Pride is now re-branded as


All information & Schedule of this year's pride is available at:

Posted by Bangalore Pride at 6:29 AM No comments:

Bengaluru Pride and Karnataka Queer Habba is organised by CSMR (Coalition for Sex workers & Sexuality Minorities Rights), which is a coalition of many LGBTQ and allied groups and individuals, mainly based in Bengaluru. More info about CSMR and Pride can be found here. The 2015 celebrations have began on 19th October and is expected to span for more than a month through various events. 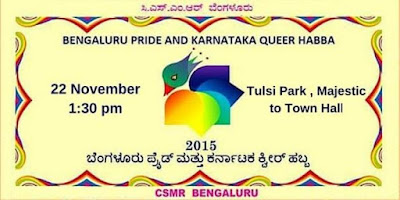 
A few decisions of CSMR for Pride:

CSMR had taken a few decisions in its meetings (minutes at www.csmrinfo.blogspot.com) earlier this year, highlights of which are listed below.
1. No promotional material of any political party, religious organization, corporates or any other for-profit entities allowed in Pride.
2. In order to keep Bangalore Pride, a peoples pride, CSMR doesn't accept sponsorships from any of the entities mentioned above. Individual contributions are welcome.

3. CSMR does not support or take support from any club or party where a section of community is specifically disallowed.

Write ups about the completed events: 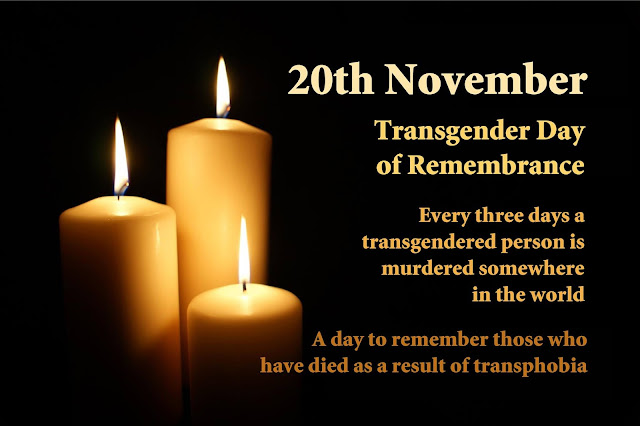 Transgender Day of Remembrance (TDoR), which occurs annually on November 20, is a day to memorialize those who have been murdered as a result of transphobia (the hatred or fear of transgender and gender non-conforming people) and to bring attention to the continued violence endured by the transgender community.

The Transgender Day of Remembrance was founded in 1998 by Gwendolyn Ann Smith, a trans woman who is a graphic designer, columnist, and activist, to memorialize the murder of Rita Hester in Allston, Massachusetts. Since its inception, TDoR has been held annually on November 20, and it has slowly evolved from the web-based project started by Smith into an international day of action. In 2010, TDoR was observed in over 185 cities throughout more than 20 countries.

More than 15 districts of Karnataka observed TDoR on this day and remember the many lost lives due to transphobia in our society. Bangalore LGBT community too came together at Town hall to commemorate this day for lost lives of the community to trans phobia. More than 40 people participated in the event, with candles to show solidarity to lost lives. Here are a few pics of the same. 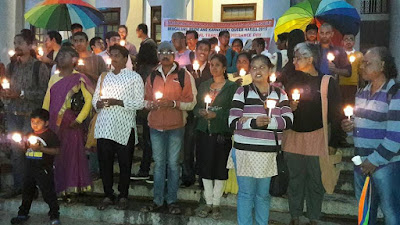 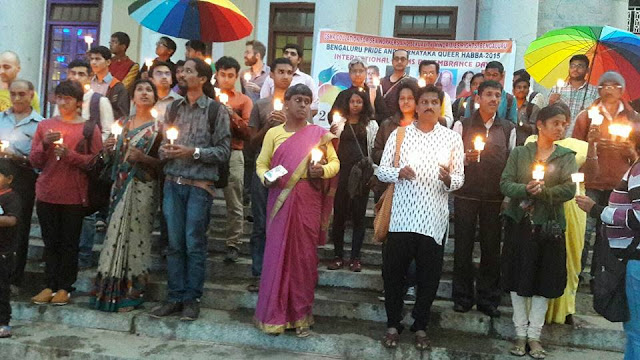 Posted by Bangalore Pride at 9:00 PM No comments:

As part of the series of Bangalore Pride events, Writer's corner: a Queer Poetry and story reading event was organized at Paradigm shift, Koramanagala on 18th Nov 2015. Close to 60 people participated in the event in which more than 20 Poets & Writers have read their works in English, Kannada and Urdu, which revolve around Queer lives. A Shakespeare play performed by Danish and team of ALF was the highlight of the event.

Here are a few pics of the event: 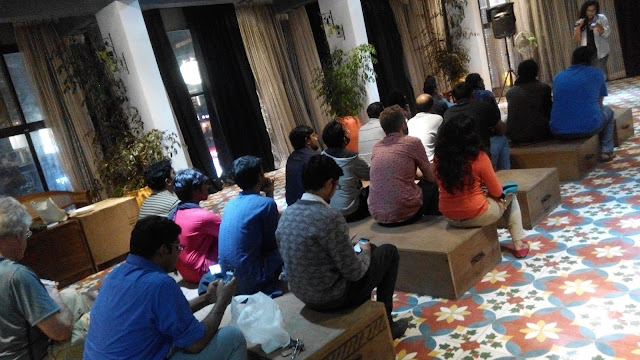 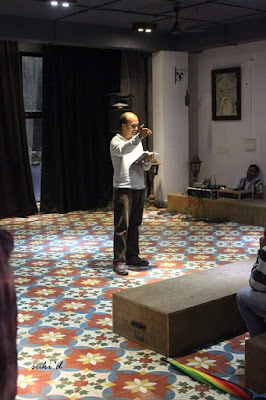 Members of Goodasyou group in their Thursday meetings on 12th and 19th of November, have actively participated in making innovative posters that reflected not just Queer struggle in India but the parallel struggles that are going on in other sections of our society where personal freedoms and fundamental rights are under threat.

A few sample pictures are here: 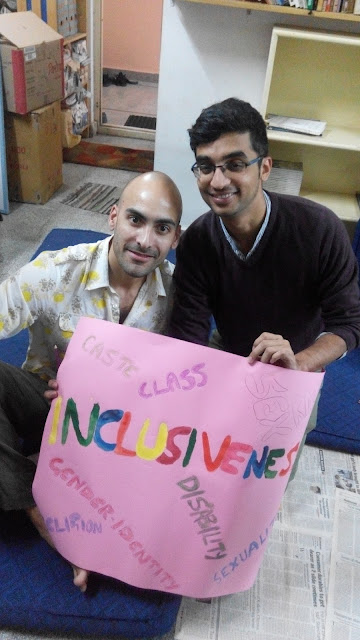 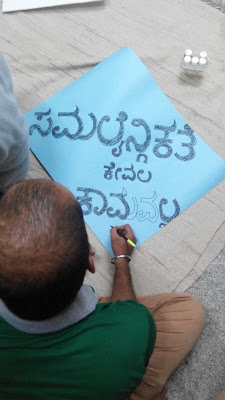 Posted by Srini Benguluru at 5:57 PM No comments:

In order to fund the Bangalore Pride activities, a garage sale event is organized under the leadership of Rovan, at ALF Terrace. People enthusiastically donated their unused household items in good condition and many community members and supporters bought the items to fund the pride march and related activities. 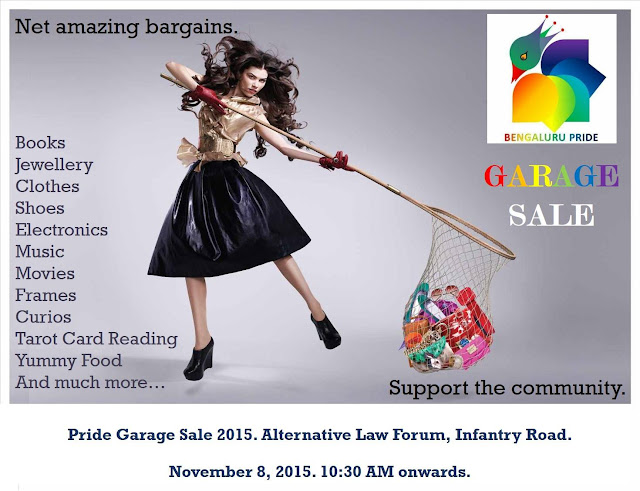 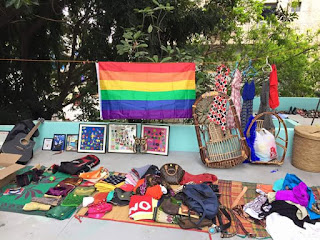 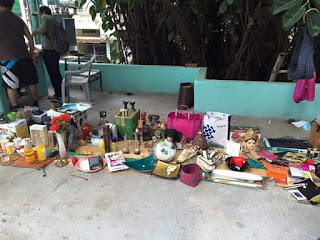 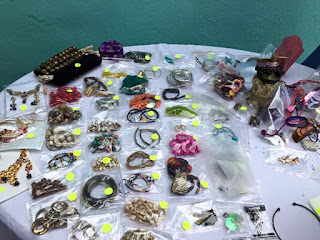 Posted by Bangalore Pride at 9:05 PM No comments: